Bird-Ritchie is an abandoned cemetery. Not because the family abandoned it on purpose.  The land was sold after the burials had taken place and the family died out in the area. Only seven people are known to have been interred there, all from the Bird-Ritchie-Thirtle family. George Bird married Elizabeth Thirtle in 1856 in Iowa City, Iowa, and then homesteaded in Nebraska.

Follow 60 Street to Northern Hills Drive. Southwest of this intersection, about half a mile, is the cemetery. To reach the land, you used to have to walk over two farm fields. Today I think the land is in the middle of someone's yard, since that area has been turned over to developers; if there is any trace of the graves today, they are still on private property.

See the aerial photo below.  I've put a square around where I think the graves might have been. I say might, because the graves could still be there.  If the markers were plowed to the stream, as has happened in many other places, the graves are probably still intact.  Just not locatable without a major archaeological dig.

When Louise Bloom Baumann wrote her account of the cemetery for "Douglas County Cemeteries", in August of 1975, only one stone remained, that for George Bird, who died in 1887. In her account, she mentions that the stones looked like they had been bulldozed to the bank of the creek, where they were still sitting, in order to farm the land. This means that the graves could be anywhere on that property, a common occurrence, I think, on farmland where abandoned cemeteries had been located.

Mrs. Baumann got what little information was available from Mrs. Ruth DeBuse, a Bird family descendant. There are other Thirtle family burials in the Shipley Cemetery in Washington County, Nebraska. 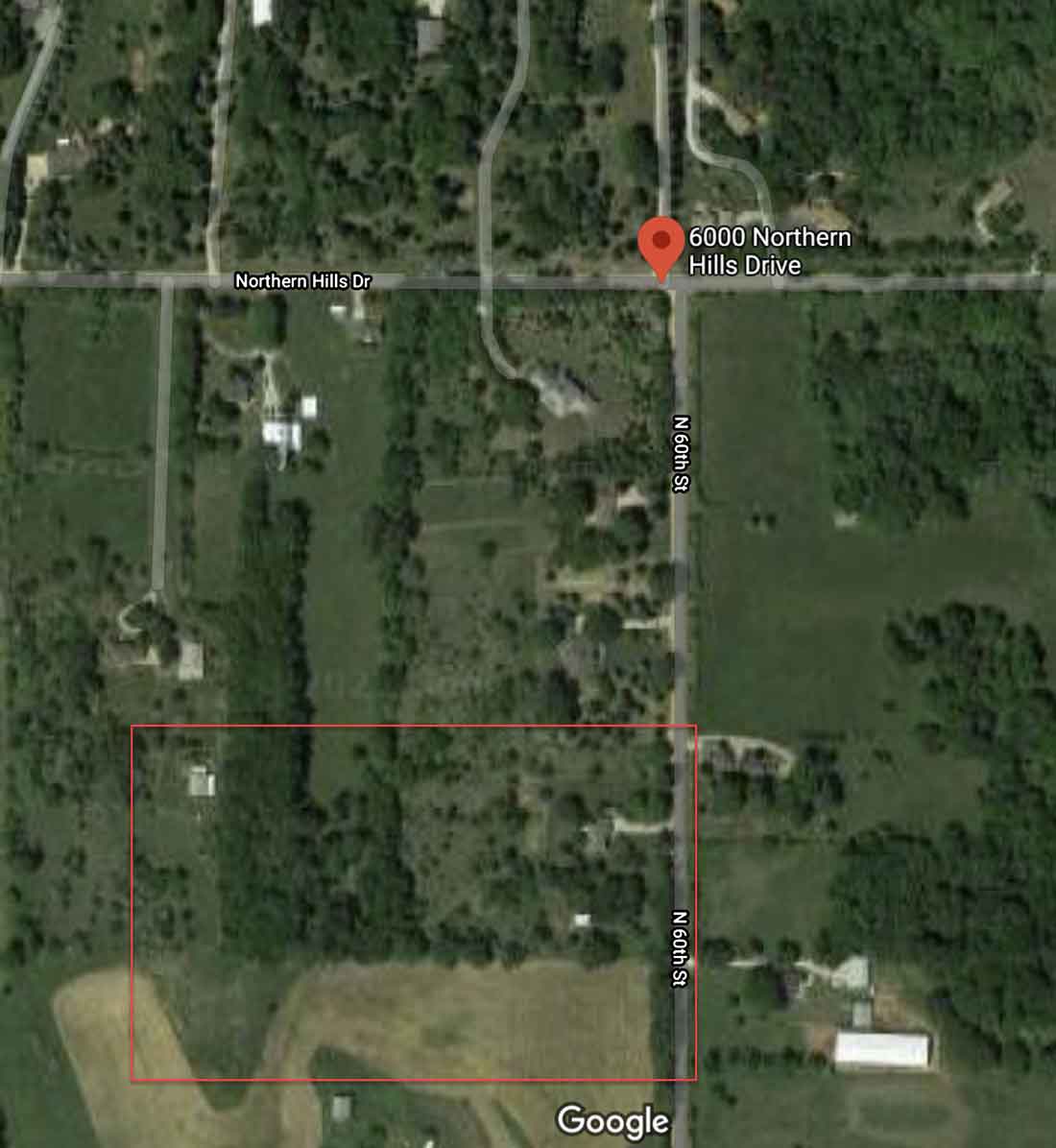