To navigate the Fisher Farm pages, use the menu dropdown at the top of each page

UPDATE! I stopped by Fisher Farm in April 2011 to take new pictures, and found that the grotto had been demolished. It must have been several years ago, because the grass was well-grown and the ground looked settled. It was a unique piece of architecture and it's a shame it's gone.

Even in 1980 quite a few of the pieces had fallen into disrepair. I haven't ventured to ask permission to see them now, but I would guess they are not in any better shape. I took these pictures in 1999. What could be seen from the cemetery itself or the street then, however, was not bad. You could see the front gateposts, with their square carriage lights that glow green though the tinted glass, a stone bench and a stone fountain, and the stone grotto that sits right by the gates. Inside the grotto is a paper-mache beast, with hollow eyes that at one time shone with unearthly fire. You could also see one of the colonnades that juts out from behind the house, which sits beside the patio where dances must have taken place back in the 1910's and 1920's.

What you can't see is the canal with all the tiny fairy fixtures that he placed around it, like a small town. The canal meanders around the back of the house and through the property, and there was a waterwheel that turned when the water ran through the canal, and other small, ingenious devices. There were other structures at the back of the property, but these can't be seen from the street or the cemetery. This is something that cries out to be restored, but the family told us in 1980 that no one now knows how to do the work, so it just deteriorates. 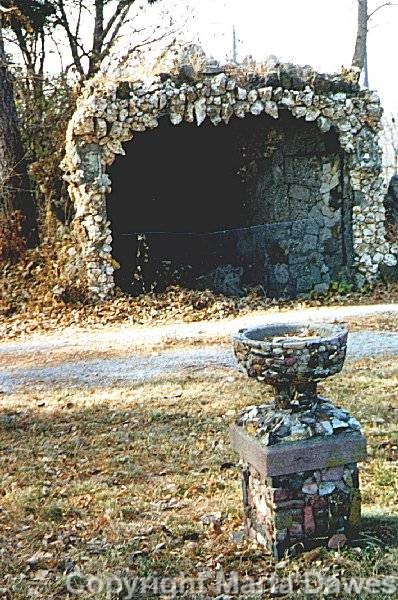 The grotto that sits by the entrance to the farm. The planter is in fairly good condition, as is the grotto itself. 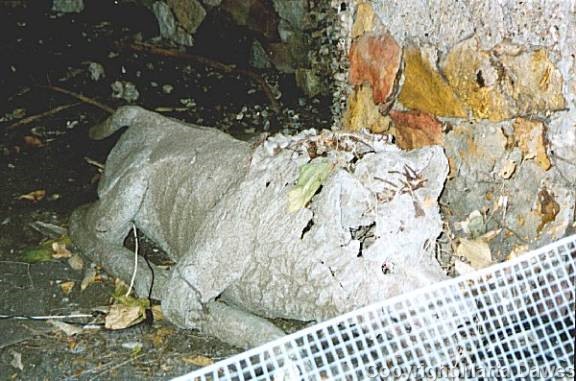 The mythical beast inside the grotto; notice that his eyes are hollow and at one time glowed. He's in bad shape now, but still interesting. 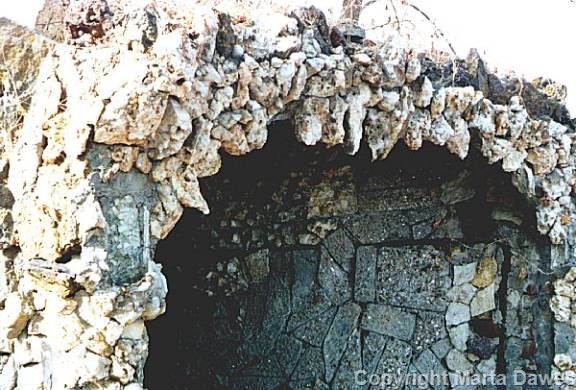 Detail of the grotto inside and the jagged arch 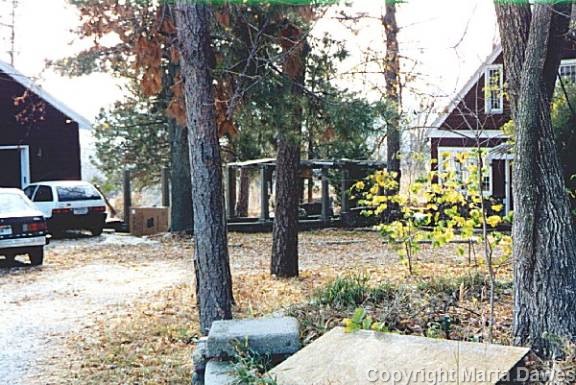 A view of the colonnade in the back of the house