To navigate the Holy Sepulchre pages, use the menu dropdown at the top of each page

Joseph Alexander Connor was born in Canada in 1848, but his parents moved to La Salle, Indiana soon after and that is where he grew up. He got into the grain business in La Salle, and in 1880 moved to Omaha, where grain was booming. He was on the Board of Trade here, and eventually had about 7,000 acres of farmland in Stanton and Madison counties in Nebraska. He also bought other real estate here, and spent some time in California where he had a horse ranch and speculated in more real estate. His wife, Ellen Carroll Connor, died in 1901, and he died in 1908. His half-sister said that up to ten minutes before he died, he expected to recover and continue spending his money on his family.

Some things never change, no matter what era we're in. As with anyone who has a lot of money, there was some unpleasantness around his will, which necessitated two or three trials. The heirs said he'd destroyed a will he made when he thought he was dying, which gave practically his entire fortune to the Catholic church. A prominent Bishop who had been a friend of Connor said Connor didn't destroy it; a priest talked with him a few days before he died, and when asked if he'd made his will Connor gestured towards his desk, saying it was in there. No will was found in the desk, so the original will that gave most of his money to the heirs was found to be valid. The Catholic church then took it to the State Supreme Court, with the idea that most of the money should go to the church for the five or six schools they wanted to build.

The crux of the matter seemed to be that a priest talked with Connor a few days before his death about his will, and then mentioned to Connor's only (adopted) child, Grace Connor, and Connor's half-sisters, what they had talked about. This was viewed as the priest having an interest in the money said to be left for parochial schools in the priest's parish. In November of 1910 there was a notice that after a long-drawn out legal fight, the heirs settled by giving the church $40,000, enough for one school. Connor's estate was around half a million dollars; that $40K was a subtantial amount in 1910 and was still approximately 1/13th of the entire estate. Not a bad haul.

Grace Connor, his adopted daughter, announced her engagement to a Henry Wayne Moore just a few days after the settlement. The marriage took place less than a week later, which was a little strange in those days. Please see the Moore page for their story; her husband is also buried in Holy Sepulchre.

The Connor mausoleum had been vandalized to a greater extent than most, when I was first at HS 20 years ago. Even the stained glass window was broken. It's now been replaced with plexiglass, which is good. I'm sure that Connor paid some kind of upkeep fee, but it's been 110 years since the mausoleum was built and time weighs heavily on the cemetery (a sum of $10,000 was included in the will to build the mauso). 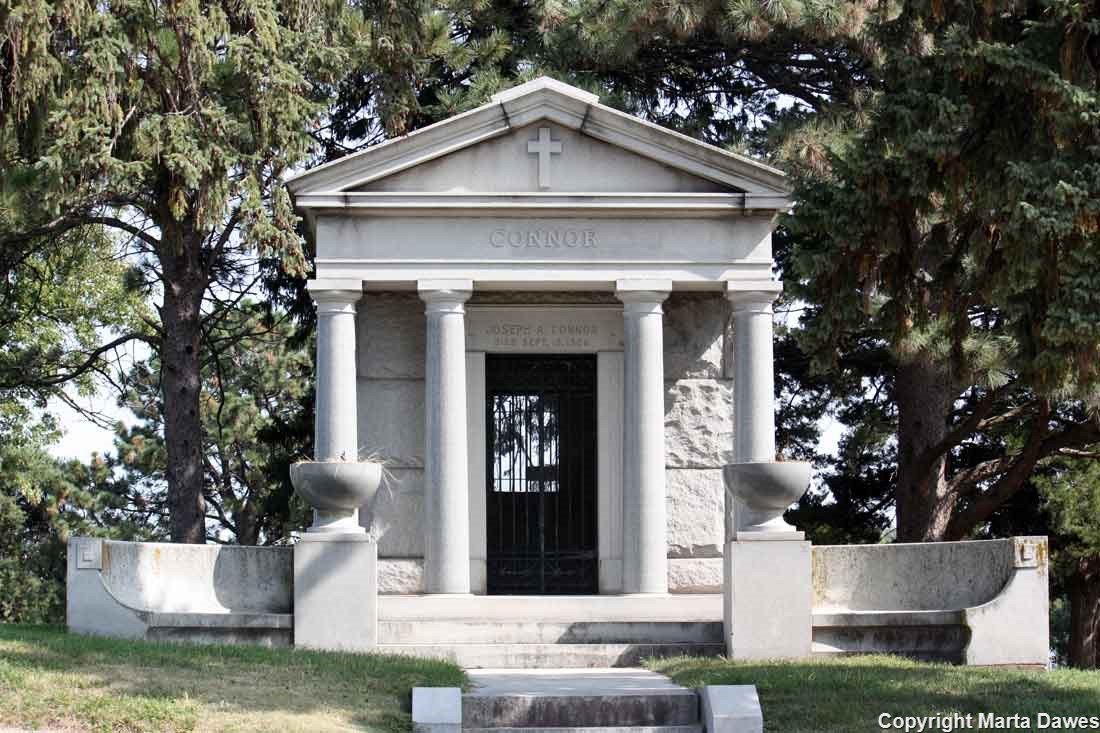 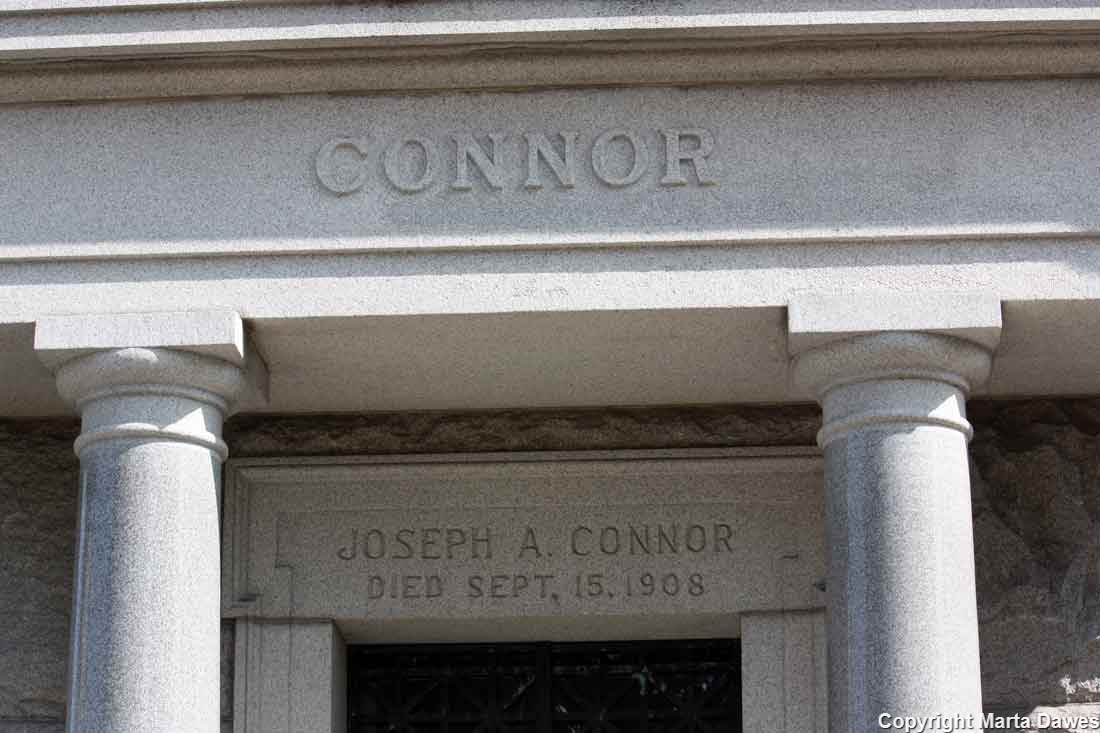