To navigate the Holy Sepulchre pages, use the menu dropdown at the top of each page

Holy Sepulchre is filled with the people who built Omaha. Charles W. Hamilton was originally from New York, and in his travels got to Omaha around 1856. He started out here as a hotel clerk, but went into banking. He became one of our most prominent citizens, serving in many civic offices. He died in 1906. Hamilton Street is named after him. 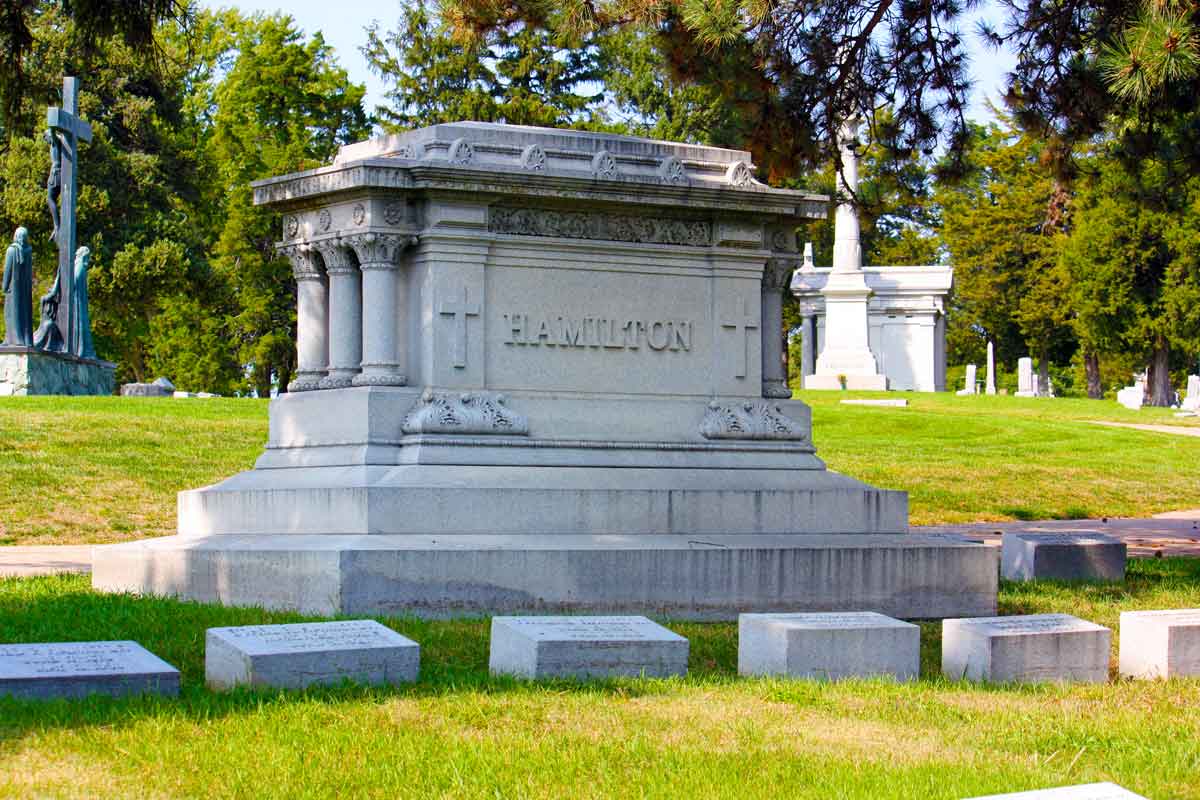 I do know that Thomas Cuming was moved twice. He was originally buried on a local farm that was being used as a graveyard, since the town had no official burial site at the time. A year or so after this he was moved to Prospect Hill, where he rested for many years. In the 1920's he was moved again to Holy Sepulchre; it could be that one of his descendants married into the Hamilton family and decided to put everyone in the same place. Thomas Cuming was the first acting territorial Governor of Nebraska, who served in the interim when Governor Burt, the first Nebraska governor, and Mark Izard, the second, both died in office; he himself died at very young age. Omaha has a street named in his honor, as it does Burt and Izard. 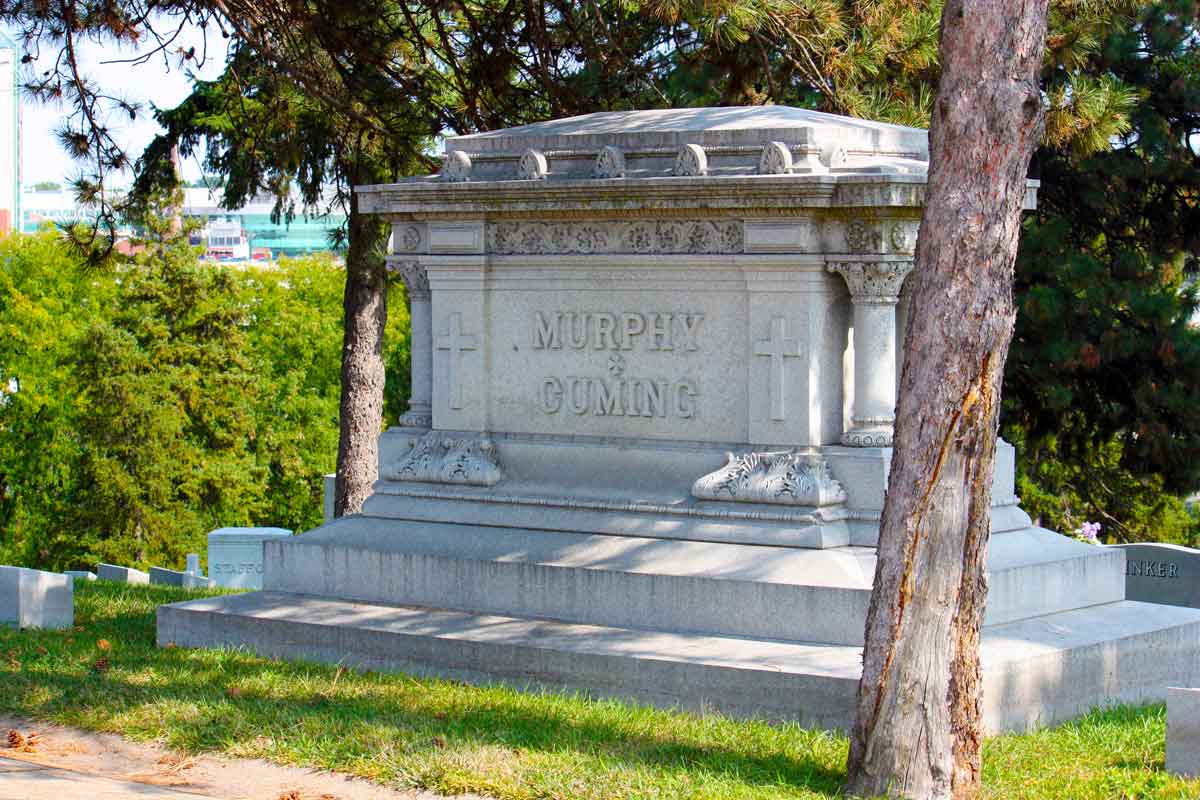