To navigate the Laurel HIll pages, use the menu dropdown at the top of each page

There are very few markers in Laurel Hill that have pictures on them. This photo has long intrigued me, though; did Dora Thomas die in the flu epidemic of 1917-1918?  Any time I find someone who passed in those two years, I always wonder how they died.

The story that follows doesn't answer that question, but it does bring back from the mists of time a woman who died far too young. 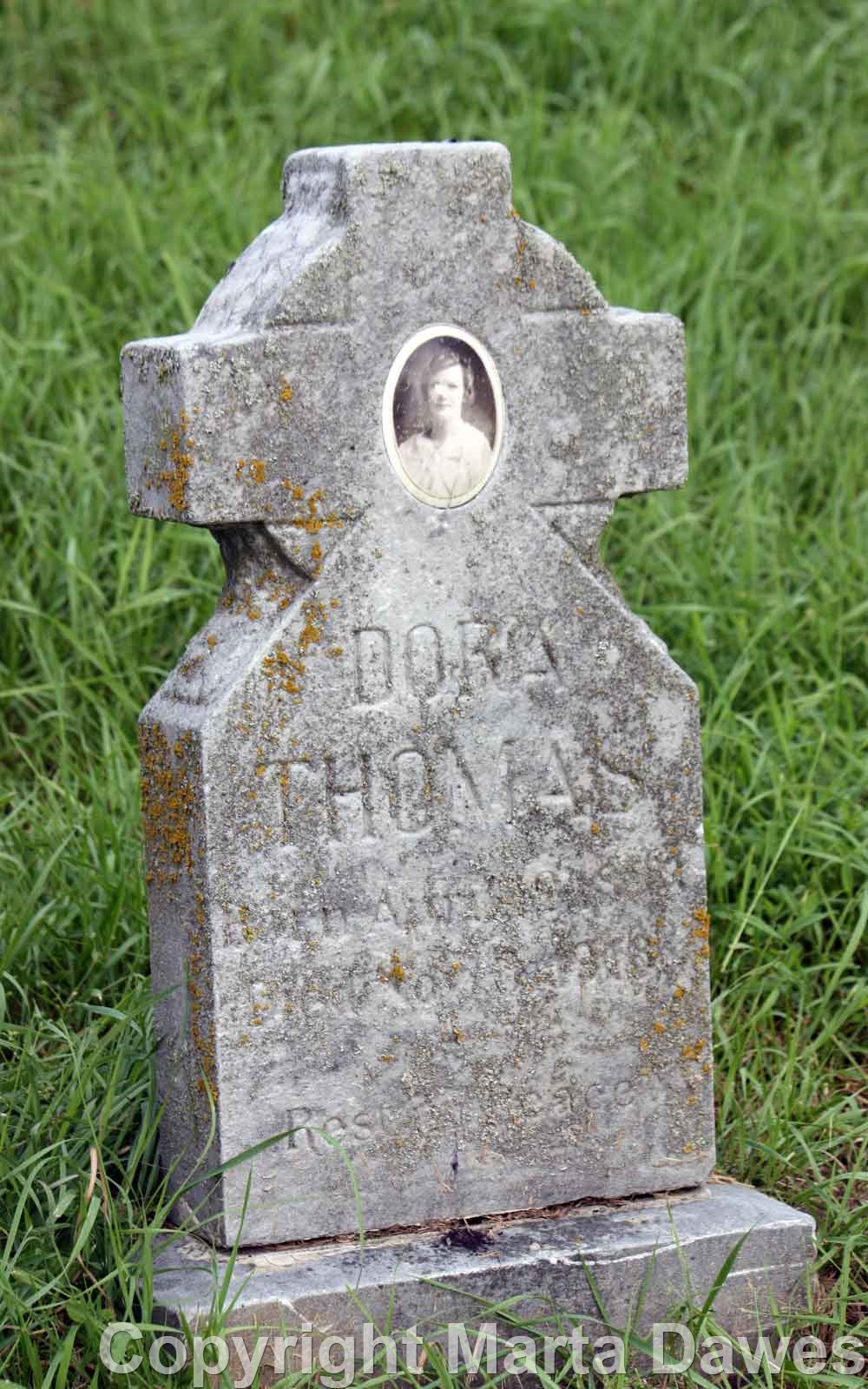 I've had the photo of this marker on the site for ~25 years, but until I began redesigning the website in 2020 to make use of the new responsive features in Bootstrap, I hadn't found much on her.  I finally did some real research, and found a notice in the local paper for her death; she died in the hospital, but no mention is made of the cause of death.  I did a search for the name Dora in Omaha, and narrowed her maiden name down to what I hoped was Droescher; she was married to a James Thomas, and had one child, a son born November 10, 1917.  No name given for the son in the notice. 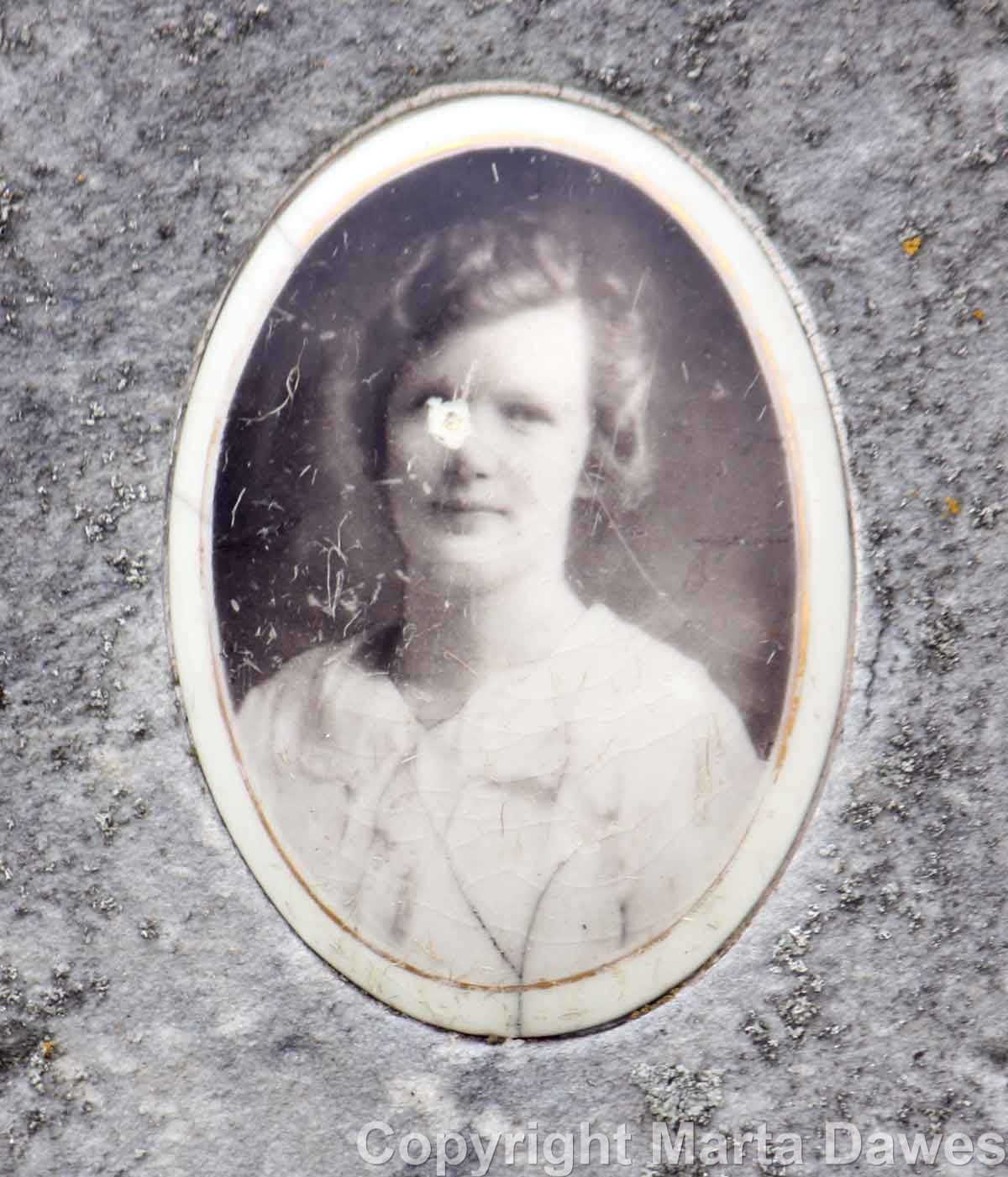 There was one Dora Droescher in the 1900 census, and as she was listed as two years old, and living in Kane Township in Council Bluffs, it's likely the same Dora. Her parents are listed as August and Sophia or Sopha (Dose) Droescher, with older sister Freda and brother Ferdinand, Dora, and a Karl and Mary listed as age 0; the 1910 census also lists a Minnie, Martha, and Clara. August and Sophia were German immigrants, married in Council Bluffs in late 1894.  The 1910 census had the name as Dresher, and I've found another spelling of Drosher. Nothing for the 1920 census, but in the 1930 census August Droescher shows up again with wife Sopha;  the other children are apparently grown and out on their own, but a Leonard Thomas is listed as the only other person in the house, age 13.  It looks like Dora's parents are now raising her son; the dates fit.

With a common name like James Thomas, I haven't found much on Dora's husband's fate.  They lived at 2601 X Street so he could have been employed at the Omaha Stockyards, which were about six blocks away.  There is still a house at that address; it's been updated, but could be the same house they lived in. It looks old enough.

August Droescher was hit by a car in October 1935 while exiting a streetcar, and died at age 78 and died a few days later, as a result of his injuries. I've found no information on Sophia except a death year of 1959, and Leonard seems to have vanished. I'm assuming they went to live with one of the Sophia's grown children. I was able to find that the other siblings of Dora lived in the Omaha area and are buried here in town, for the most part.

The exclamation point after "Rest in Peace!" is very nearly a personal plea from someone close to her. If nothing else Dora Thomas is no longer forgotten. While researching her, I ran across a family genealogical posting for the Droescher family descendants, which listed Dora with a question mark beside her name. I was able to email the person who posted the information with what I knew about her, so Dora will no longer be a question mark for them.