To navigate the Flower Hill pages, use the menu dropdown at the top of each page

Flower Hill is also known as German Lutheran and Bennington Cemetery. It's located on 144 Street between Fort Street and Ida Street, about 6900 blocks north of Dodge. The cemetery is on the east side of the road.

Flower Hill was established in 1879. According to the "Douglas County Cemeteries" book, there are many old large family plots in the cemetery, and many of the inscriptions are in German. The records are also incomplete, but the cemetery itself is in excellent condition. It's managed by a lot owners association.

The front gate was especially impressive, as you can see from the first photo below. The second photo shows what is done to old cemeteries when no one stands up for them, and developers are allowed to bulldoze everything they come across. Anyone who has spent some time on this site will know that I don't like redevelopers. It destroys the past, some of which should be kept. I'm not against change, but I am against wanton destruction, and redevelopment has reached that point. The dead should not be compromised so a corporation can make money.

This city has consumed itself for profit, for the past 150 years, to the point that there isn't much left of the past. Omaha has the distinction of being the only city in the US to destroy the largest amount of buildings on the National Historic Register, which was done in 1989 when Jobbers Canyon was demolished for Conagra, for profit. There were dozens of other places Conagra could have built their campus, including one out west that would have been perfect, but they insisted and Omaha caved. Omaha lost a major tourism magnet when that happened, because in conjunction with the Old Market (which is one of the places people come to Omaha to visit) it would have been a showplace for the city. 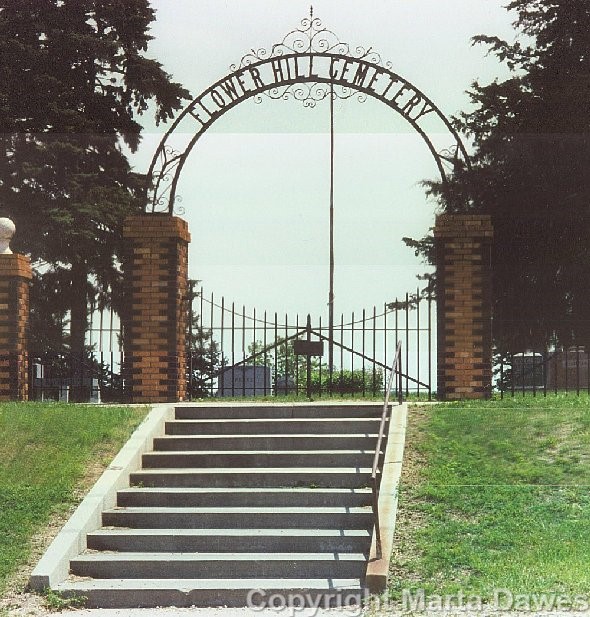 The front gates of Flower Hill in 2000 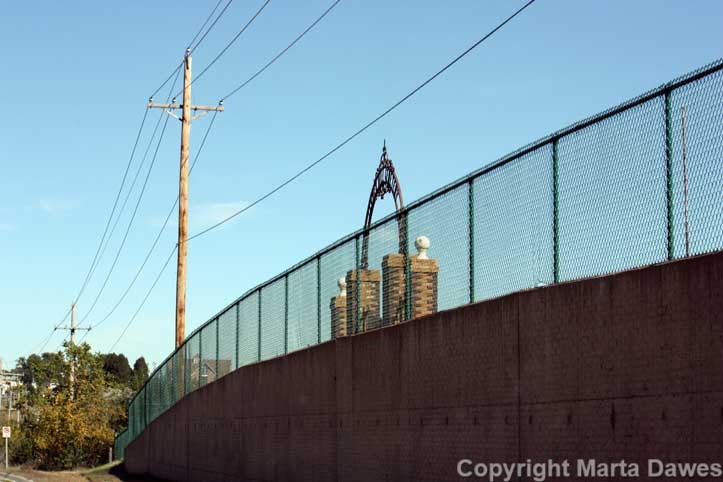 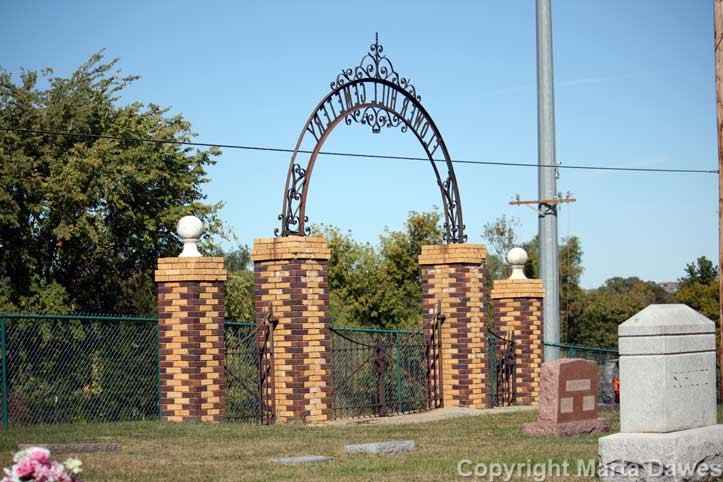 The gates seen from inside the cemetery today