To navigate the Mount Calvary pages, use the nav bar dropdown at the top of each page

Mount Calvary is located near Elkhorn, which used to a small city a few miles from Omaha but is now part of Omaha. Follow Dodge Street out to Skyline Drive, which is about 215th Street and just east of the Elkhorn River, and turn north. Drive for a short way, and you should see it on your left. There are no roads into the cemetery, just a gate and walkways.

When I first visited this cemetery it was surrounded by woods, and you had to meander through leafy tree-lined country roads to get to it. Today it's practically in the middle of a strip mall and driving around to see cemeteries that used to be quiet and peaceful but are now in the middle of a neighborhood or mall is maddening, to say the least. It is not an improvement. Developers are a blight on the earth.

The cemetery was established in 1868, and is still in use for burials. It was the parish cemetery for St. Patrick's Roman Catholic Church, which was an old mission church of Papillion. A new St. Patrick's has been built north of Elkhorn, and the few records that are extant of the cemetery are located there. Many of the markers commemorate Irish immigrants. 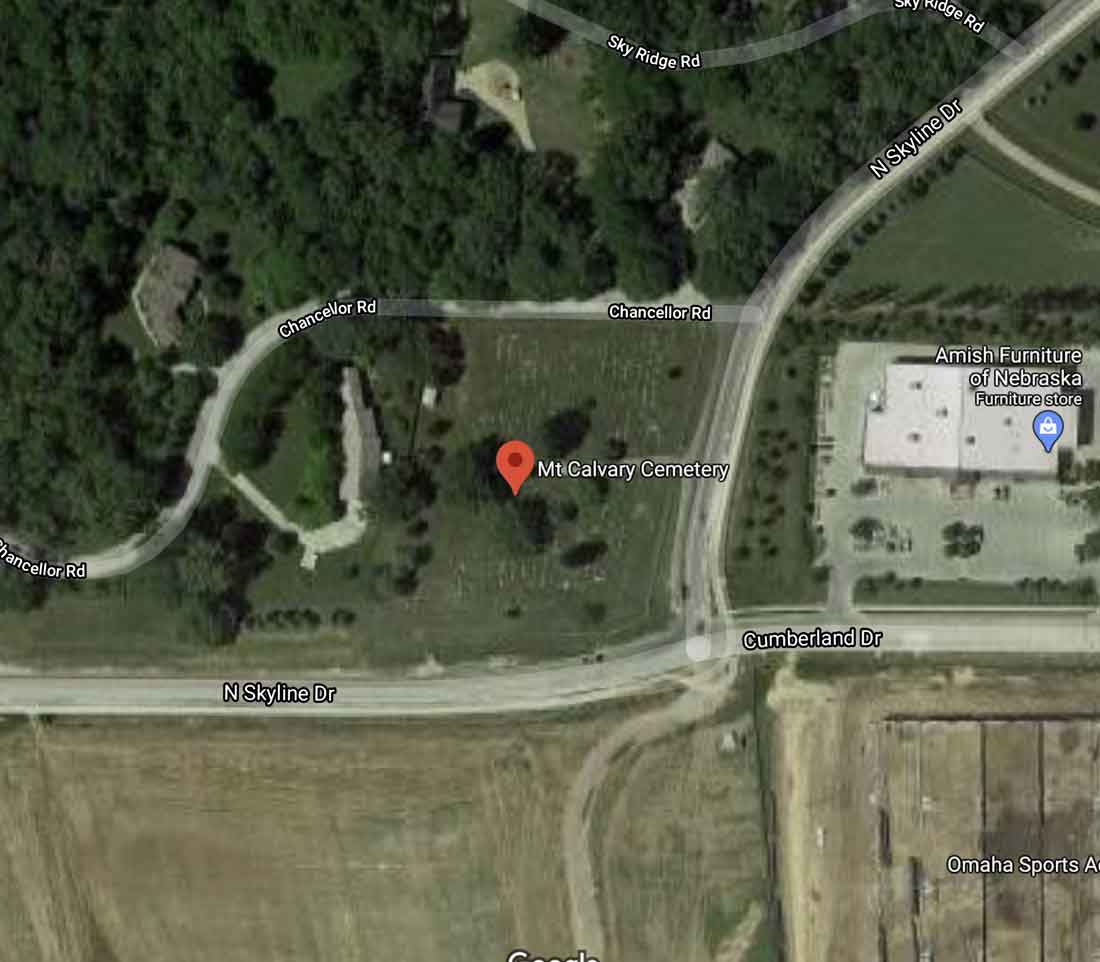 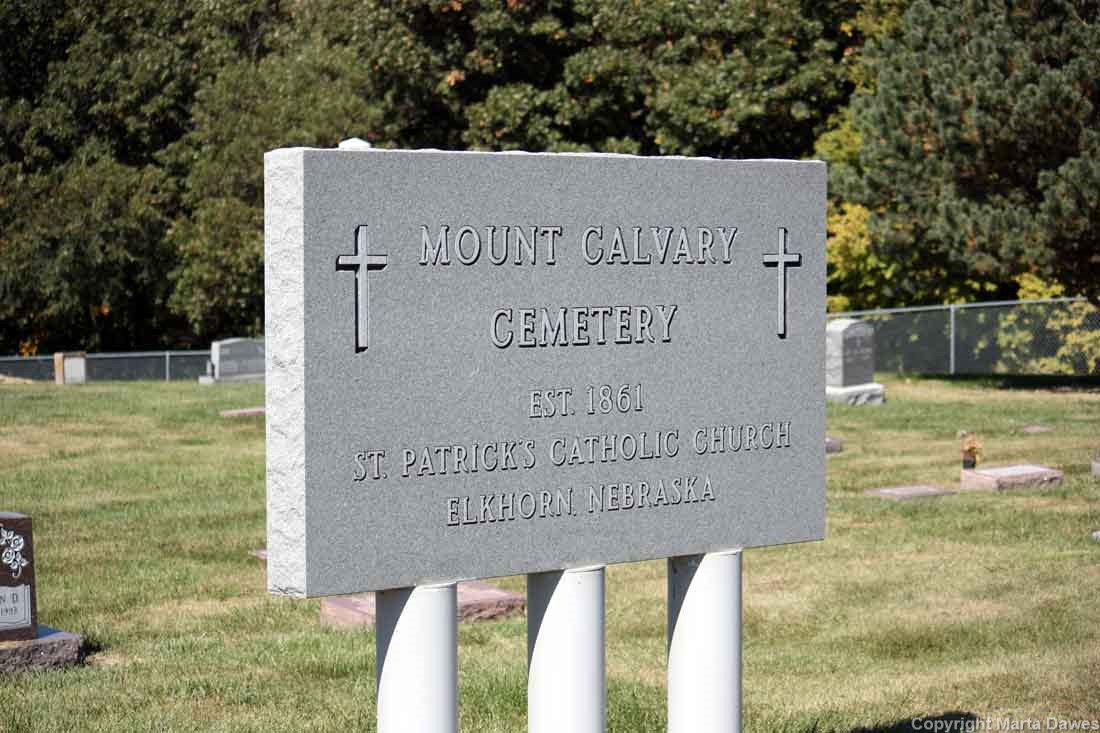 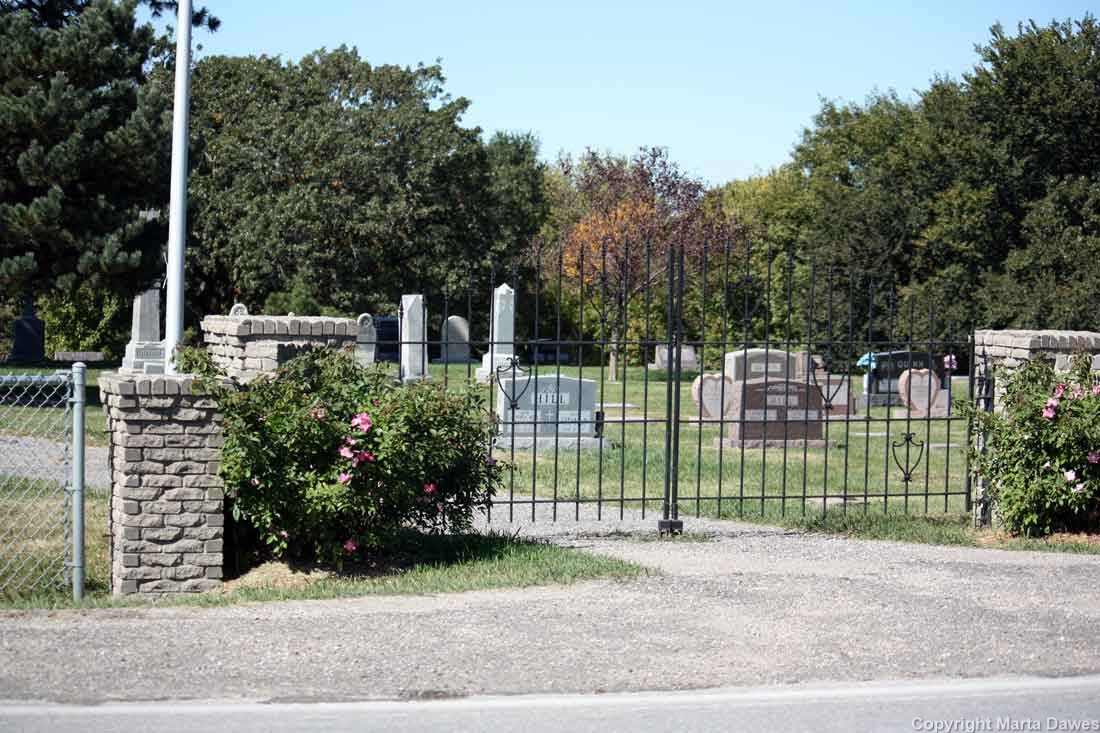