To navigate the Old Elkhorn pages, use the menu dropdown at the top of each page

Golden Hill Jewish Cemetery is located at 5109 North 42nd Street, and according to the Nebraska Jewish Historical Society the land was purchased by Chevra B'nai Israel Adas Russia in 1888. This makes it a much older cemetery than I had originally thought, and one of the oldest in town.

In 1888 the cemetery would have been in the middle of nowhere, with no structures of any kind within miles of it. It would be another twenty years before people would build houses in the general vicinity. Visiting it today it takes a lot of imagination to think what Golden Hill looked like when it was all alone on that hill, with nothing but prairie grass surrounding it for miles and miles. 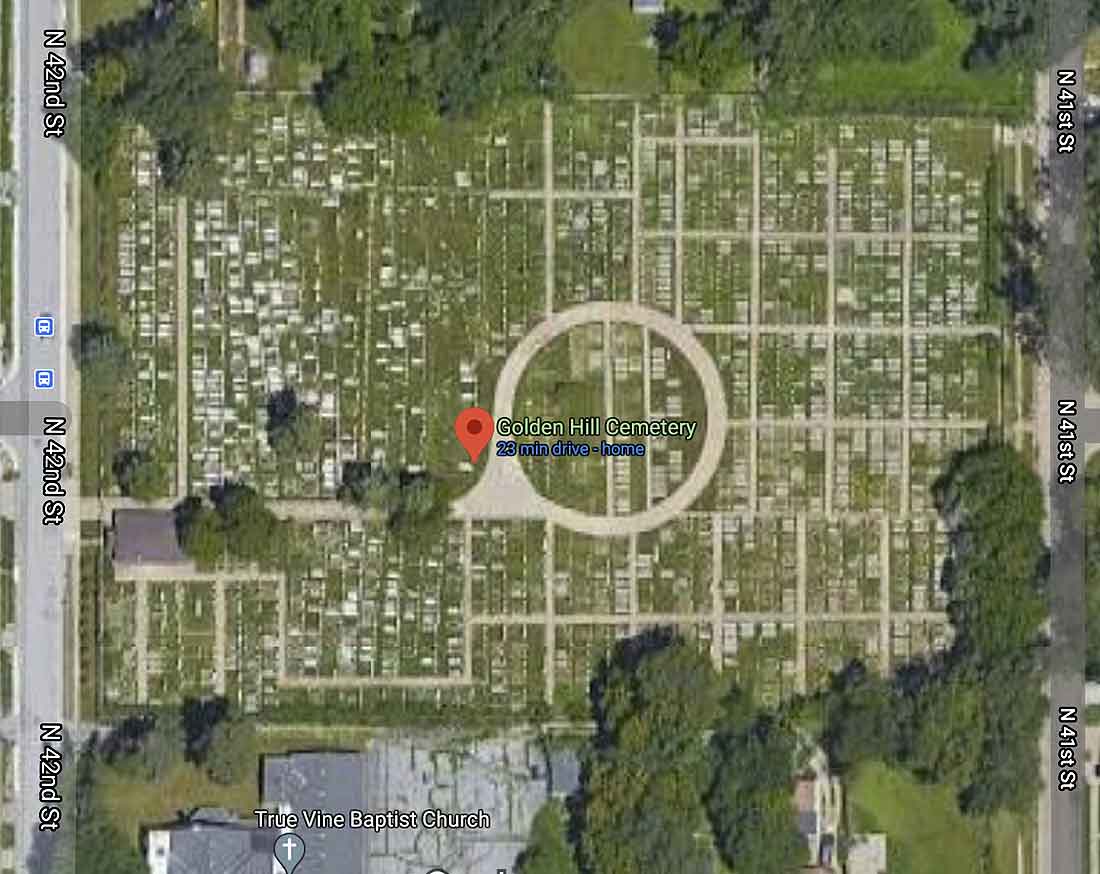 This aerial picture has always puzzled me. The graves look like they're covered with white slabs of stone, the way they shine in the sun, and actually a few of them do have ledger stones over the grave. After actually seeing them, however, the oldest graves are covered with small white stones, as in other Jewish cemeteries, which creates the shiny effect.

As you can see it's a very small cemetery, roughly one to two blocks long by half a block wide. The graves are very close together and there are probably more graves here than you might think, at first glance. The main gate is always locked so you can't drive through (and you couldn't anyway because there are no roads in Golden Hill, just the short driveway and turn-around in the center), but the side gate is open during the day and walkthroughs are permitted. It's immaculate inside, despite its being full. Very little vandalism has taken place which sets Golden Hill apart from most of the other cemeteries in town.