To navigate the Black Angel pages, use the menu dropdown at the top of each page

It's odd that the memorial is here next to Fairview when Ruth Anne Dodge was buried in Walnut Hill Cemetery several miles away, in the Dodge family mausoleum. But, the family must have thought this was a more advantageous location. It is true that as you come up the street towards the Angel, you see its dramatic setting.

The statue was commissioned in 1917 from Daniel Chester French, the sculptor who did the seated Lincoln Memorial statue, which is in Washington D.C. French subsequently said he felt the statue was his best work. It is signed by him, on the bottom of the statue, and dated that same year. It's a glorious example of his work, and outclasses just about anything in the Midwest.

Mrs. Dodge was the wife of General Grenville Dodge, the Chief Engineer and Surveyor of the Union Pacific Railroad in its infancy, and a major figure in Omaha/Council Bluffs history. Their mid-Victorian era mansion is open to the public in Council Bluffs; it has been preserved exactly as it was in their day and is a gorgeous piece of work in its own right. 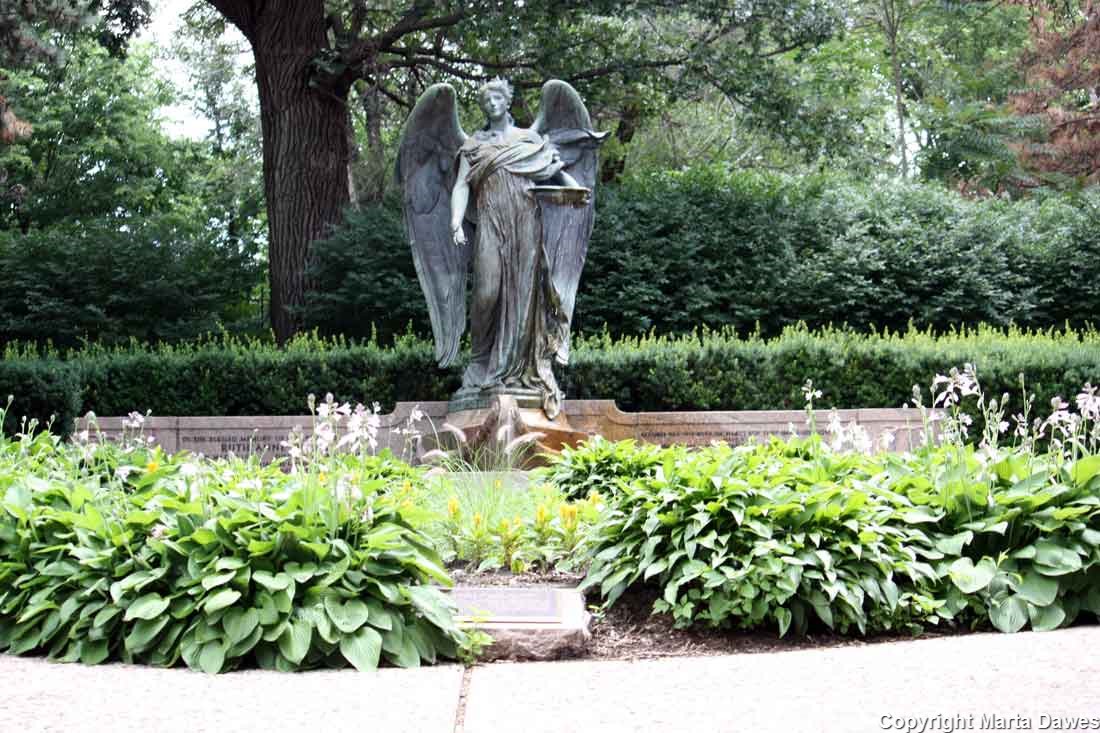 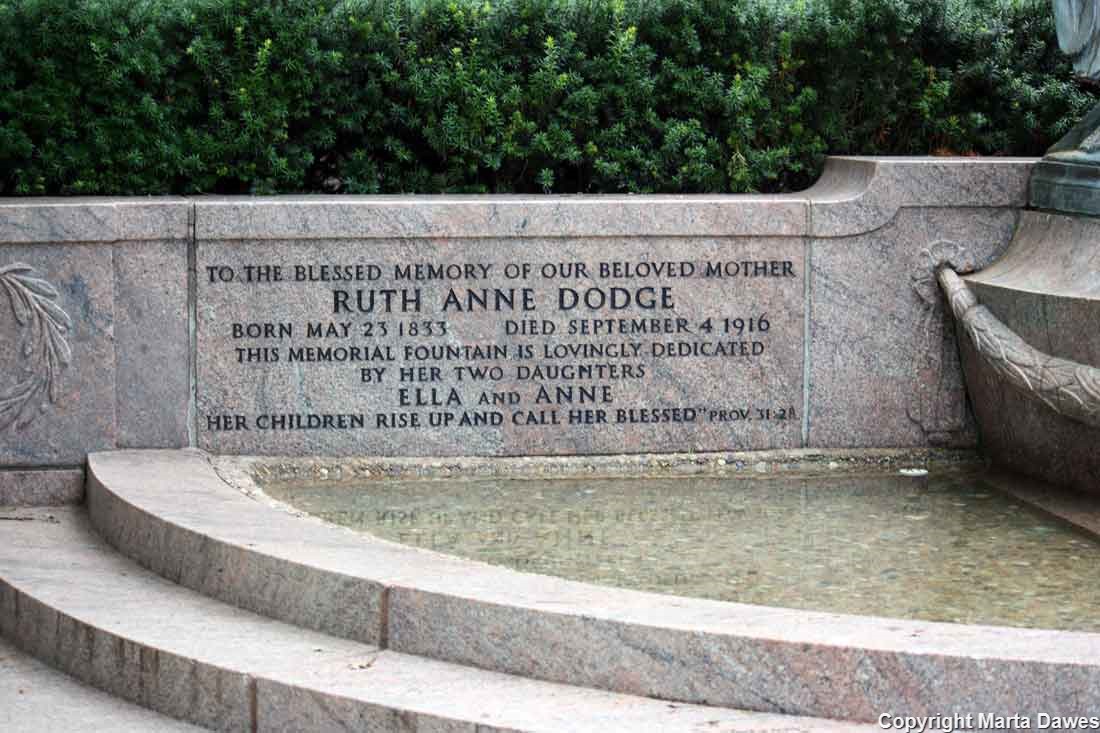 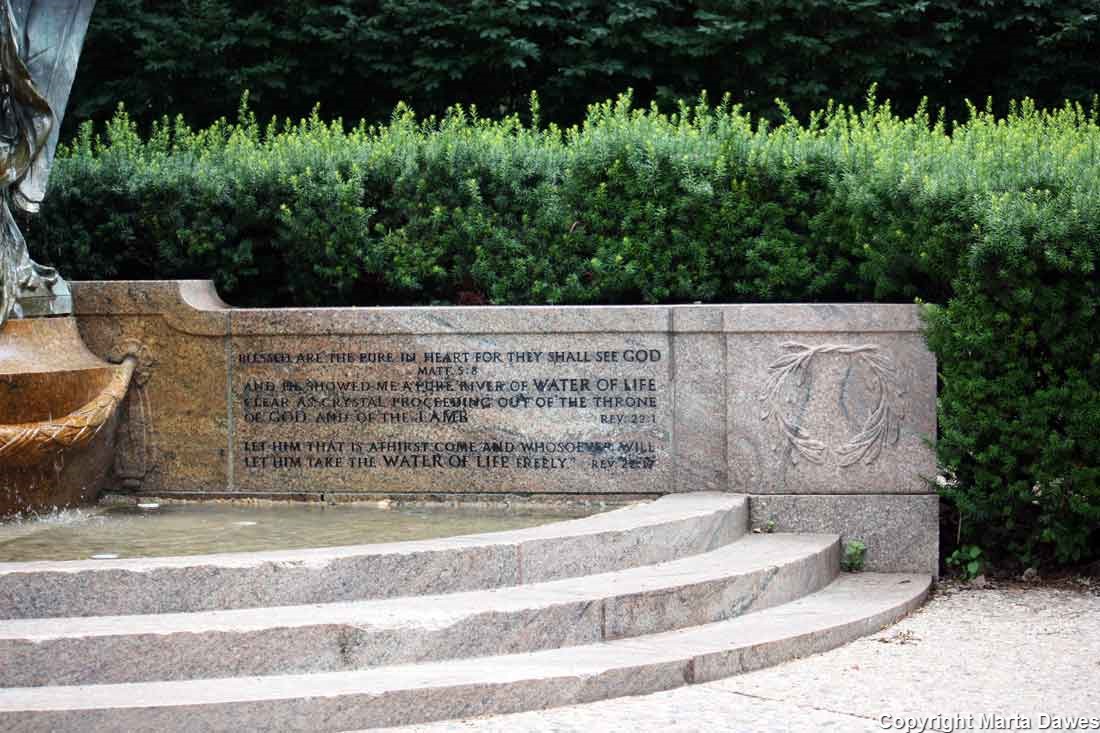 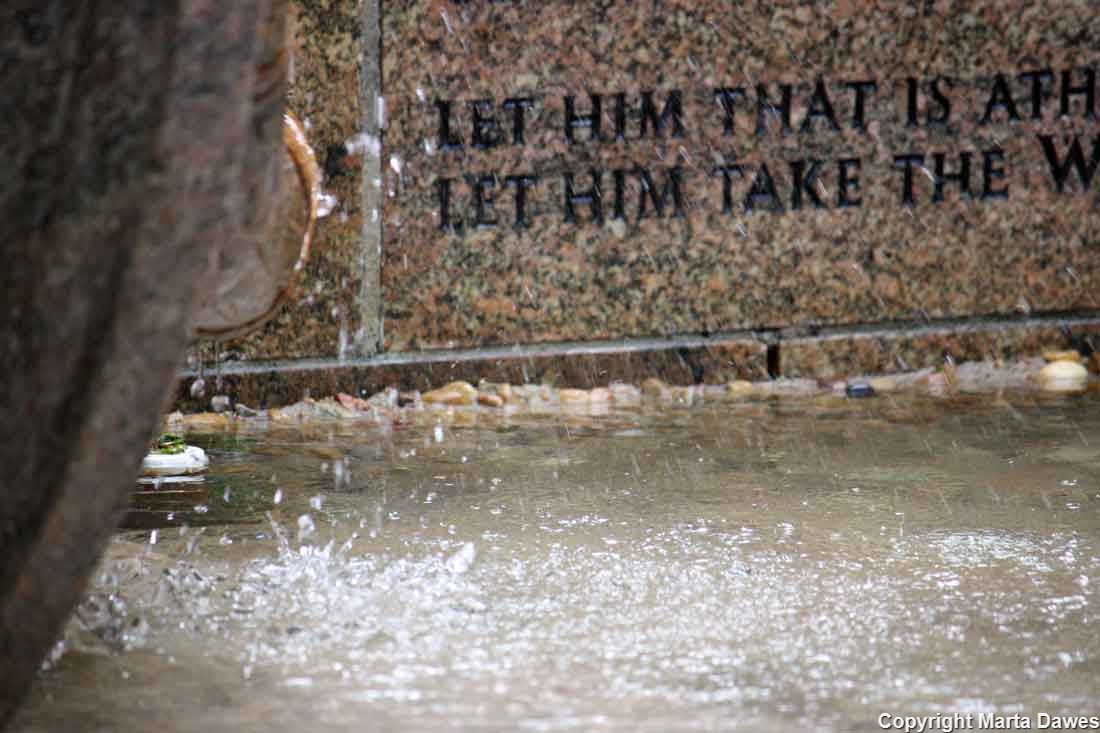