After many years of admiring the monuments in the Clinton Briggs plot and wondering who he was (Omaha schools taught nothing of early Omaha history back when I was in school), I finally ran across a biography of him and found out he was fairly important in the early days of Omaha as a lawyer and judge.

He ran for mayor of Omaha in 1874, and also ran for the US Senate at one time. After reading many articles on him, I think he was perceived as too laid-back and shy to be effective in public office, but he was also in bad health as he got older, which may have undermined his effectiveness. 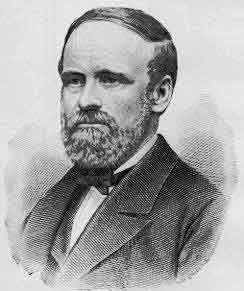 Shy and retiring as he was, his accidental death at age 54 made the headlines all around the Midwest. He was traveling to Chicago on a Burlington train in December, 1882, with two other friends. He asked the porter to make up his berth, which was done. The porter remembered Briggs asking him around 9pm if the smoking car would be open all night, to which he answered that it would be open till midnight; the conductor would close the car at that time and use it for sleeping quarters. The train's location at this time was near Corning, Iowa. The train neared Creston, Iowa, and the porter saw Briggs walking forward, as if he was going to the day car. That's the last time anyone remembered seeing him on the train. The porter went to put up Briggs berth at 8am and found that he hadn't slept in it. The porter told the conductor about this, and Briggs two friends also were told. They telegraphed back to Creston to see if Briggs had gotten off the train there. The news wasn't good. A man's body had been found on the tracks near Afton, Iowa, and was identified as Briggs. They speculated that he got off at Creston for some reason, then tried to get back on the train as it was leaving, slipped, and fell under the moving wheels. No one will ever know exactly what happened, but it's also possible he fell while moving between cars.

If we wanted to start a rumor, we could state that it may have been murder.  There have been murders committed in this way; it's a good way to hide a body for awhile so the perpetrators can escape before it's found.  A moving train is ideal for this, if you can throw the victim off without anyone seeing you. There is no mention of how crowded the train was.  It was 1882, and the quickest way to get around the Midwest was by using the train; there could have been a great many people on it, or very few.  There is also no mention of who his friends were, so we can't look them up.    This will have to be just a rumor.

Briggs was also a businessman. He was part of a group that purchased the shares of the troubled Grand Central Hotel in 1873, which had been started in 1871, but after money ran out sat vacant and half-finished for two years. The hotel was finished and opened in 1873, but must never have made much money. By 1878 it was purchased by the Kitchen brothers and during renovations a blow torch caused a fire that burned the entire hotel to the ground. It also cost the lives of five firemen, so it was a particularly ill-fated building. Blow torches have caused more fires in old Omaha buildings than we probably realize. The historic Butternut building in Omaha's Old Market was under renovation about 10 years ago, into apartments, when a workman's blow torch caused a fire that destroyed the building. 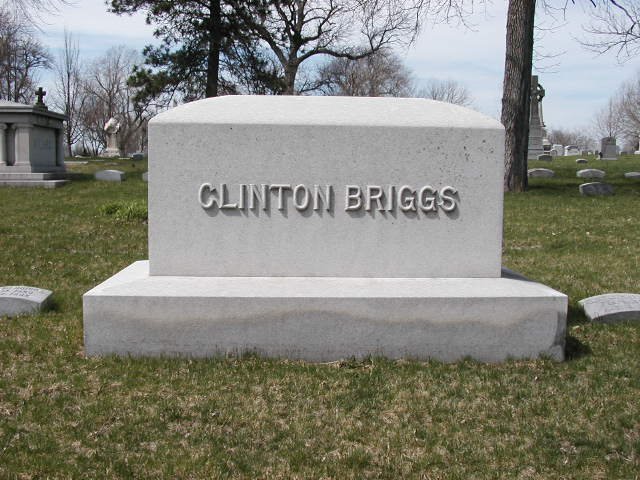 The Briggs marker is a massive piece of stone, and you can almost feel it's weight when you look at it. 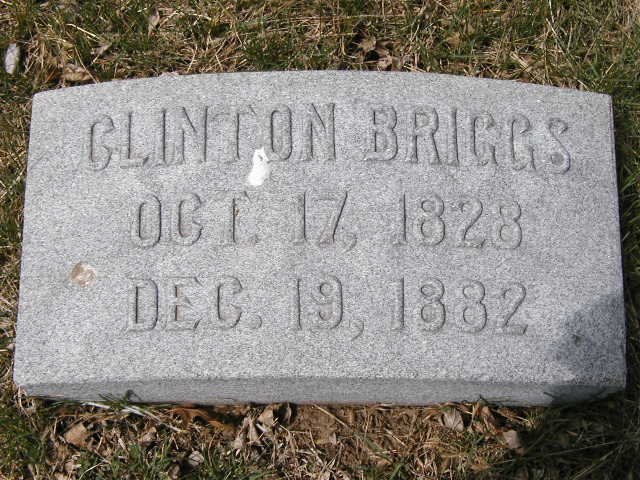 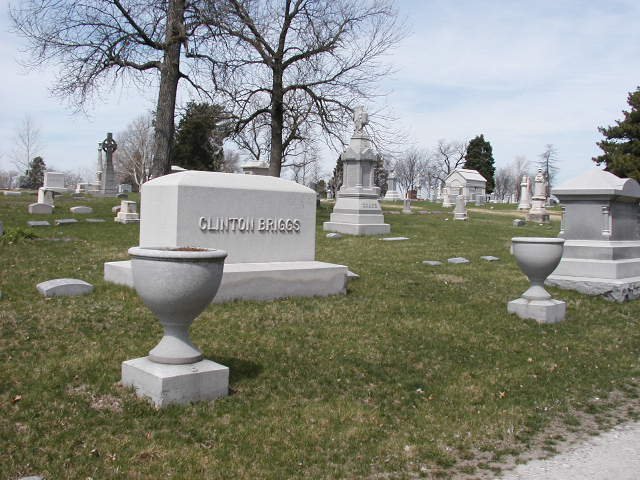 The Briggs plot is in a very accessible spot, right by the road on the east side of the cemetery. Note the initial "B" on base of the planters. 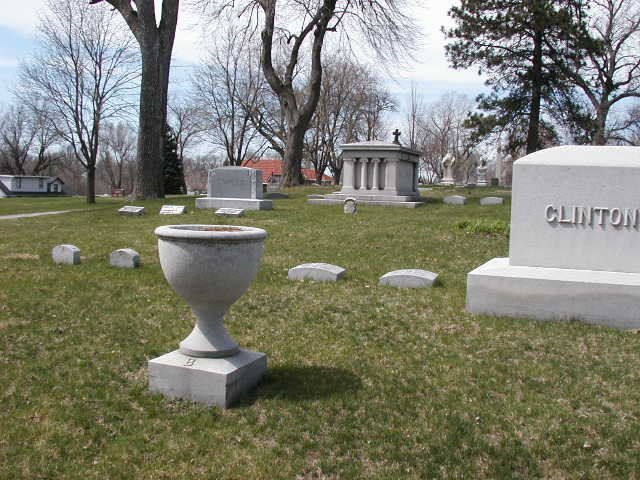 The Briggs plot, with the Millard plot in the background.

BIO - Judge Clinton Briggs was born in Washtenaw county, Michigan, September 9, 1828, and studied law with Lathrop & Duffield at Detroit, the senior member of which firm is now the United States Minister to Russia. After being admitted to practice in the Supreme Court of Michigan, in 1853, be entered the office of the late Wm. H. Seward, at Auburn, N. Y., for a further course of study, and in 1854 was admitted to practice in the Supreme court of that State. With this professional training be came to Omaha November 19, 1855, and at once entered into practice. In 1857 he was elected County judge for two years. Before his term expired he was elected to the Territorial Legislature, and assisted largely in framing the present Code of Civil Procedure of the State. At the expiration of his judicial term in 1859, Judge Briggs resumed his law practice, forming a partnership with Hon. John I. Redick, and for ten years thereafter, and until its dissolution, the firm of Redick & Briggs stood at the head of the Omaha bar, and represented one side of every important case. In 1860, Judge Briggs was elected the fourth Mayor of Omaha, his term being distinguished by the completion of telegraphic connection between Omaha and the Atlantic at New York, and the Pacific at San Francisco, via Salt Lake, and he sent the first congratulatory messages to those cities. After his term of Mayor expired, and up to 1871, Judge Briggs was wholly devoted to his profession, but his health becoming impaired in the latter years, he withdrew from general practice and confined himself to few, and only important cases. In 1875 he was a member of the Constitutional Convention which framed the present State Constitution. In 1877 be came within a few votes of receiving the Republican nomination for United States Senator, his candidacy being urged by his friends in recognition of his long, persistent and sucessful (sic) efforts to compel the two leading railroads of Nebraska to pay taxes on their immense land grants, and also of the prominent position taken by the judge in the Constitutional Convention on all questions as a representative of the people's interests. In the hope of regaining health Judge Briggs went to Europe in 1878, and traveled extensively there with much benefit, but on his return his ill health still continuing, he traveled much in California and the western States and Territories. The Judge aided in promoting various public enterprises in the interests of the city and State, among which was the construction of the Omaha & Southwestern railroad. He was still engaged in some important law cases at the time of his death, which occurred December 16, 1882.